First let me just say – I CALLED IT! Sling has developd a SlingModem – a cable modem with integrated Slingbox. As previously reported, it has already been certified by CableLabs. According to Dave Zatz, Sling is in talks with a number of cable MSOs, both domestic and foreign to bring the product to market. They don’t have any current plans to market it independently. Having been, apparently, the first person to notice Sling was working on a cable modem, it is nice to see it officially confirmed. But that’s not all…

I also called it! The SlingLink Wireless is Sling’s branded 802.11g WiFi adapter. It will be available in 2Q08 for $49.99. While, currently, it will officially only be supported on the SlingCatcher, note that the Slingbox SOLO also has a USB port, as does the just announced Slingbox PRO-HD. I think it is reasonable to expect the SlingLink Wireless to be supported on these units as well in the future. The design of the SlingLink Wireless looks somewhat familiar, but I can’t place it off-hand. You have a USB WiFi dongle and a kind of docking station with a cable that allows you to position it better. So you could stick it right into the box, if that works for you, or use the cable and position it away from the Slingbox for better reception. 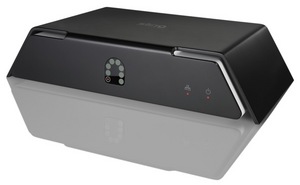 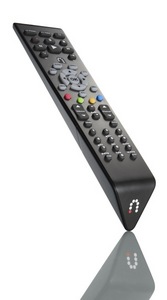 And, speaking of the SlingCatcher, after being teased with FCC and packaging leaks, we have more official news. Having been postponed from late 2007, Sling has now set the release for 2Q08 with an MSRP of $249.99. We’ve previously seen the SlingCatcher and the remote, and there isn’t really anything new there. The SlingCatcher will work as a client for Slingboxes, of course, including support for streams up to 1080i from the Slingbox PRO-HD. We’ll have to see at the show if all the leaked specifications are accurate. But Dave did say that, while it was displayed at CES 2007 with a branded hard drive ‘dock’ that the SlingCatcher would sit on top of, Sling will not initially be selling the drive. The chassis has still been designed to support the dock if it is shipped in the future, but for now it will be ‘bring your own storage’. It supports USB mass storage devices – USB flash drives, hard drives, etc. So you can supply the amount of storage you want.

Also on display at CES 2008 is SlingPlayer 2.0, which includes the Clip+Sling functionality. You’ll be able to grab short clips of the shows you’re streaming and share them online. Sling Media has already parked the domain Sling.com for use with Clip+Sling. SlingPlayer 2.0 will be available in 1Q08 as a free download for Slingbox owners.

SlingPlayer 2.0 also includes an Electronic Program Guide, with data from TMS, which makes it easy to find programs to stream from Live TV. Especially useful for those who feed their Slingbox directly from a cable or satellite receiver, or those with a Slingbox Tuner, Slingbox PRO, or Slingbox PRO-HD, which have built-in tuners. And, finally, SlingPlayer 2.0 includes a 60 minute stream buffer that allows you to pause, rewind, and fast-forward locally even if you don’t have a DVR feeding your Slingbox.

The official press releases will be up on Sling’s site in the morning.