A new Slingbox is coming – and more Sling Media news 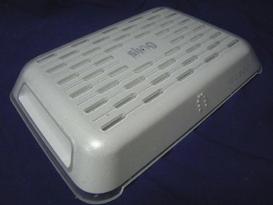 Om Malik, of the blog GigaOM, has a new video blog, The GigaOM Show, and he interviews Sling Media CEO Blake Krikorian in the latest episode. It is worth watching if you’re interested in Sling.

A few interesting bits. Blake says Sling is “About to unveil a whole slew of products – both physical products as well as software services.” How many Slingboxes have been sold? “Hundreds of thousands.” Blake pimped the forthcoming Clip+Sling service, which we should see “pretty darn soon” aka “this fall”. Om asked what month the HD Slingbox would ship and Blake said “January”. But then wouldn’t give a year.

Blake also said that Sling is working on SlingPlayer for Blackberry and the iPhone. Blackberry “is even a higher priority because there are more of them out there right now”. Since there is no iPhone SDK or support from Apple, Sling is basically looking for a way to get a client on the iPhone on their own and watching the hacking community. (Thanks to ZNF for the pointer to the interview.) 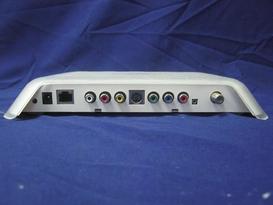 And it looks like the FCC spilled the beans on one of the members of that slew of products – a new Slingbox. This box seems to be a cross between the current A/V and the Pro. The A/V has RF plus composite video, S-Video, and stereo audio input. This new unit adds component video input as well, currently limited to the Pro.

The component video inputs are incorporated into the rear panel instead of using the separate HD Connect cable. However, this eliminates the pass-through connection possible on the Pro – actually there are no outputs at all, so no pass-through connections with this box. Also, there is only one audio input on the rear of the unit, as on the current A/V. That implies that it works more like the original Slingbox, where you can really only use one set of the video inputs plus the RF. (Well, you can use all the video – but officially only get audio with one of them. There are kludges – such as connecting multiple audio feeds to the single set of inputs with Y-cables. Then making sure all but one of the devices is powered off, so only one audio source feeds the box at a time.)

I read the Users Manual, which seems to have content lifted from the current manuals as it mentions output ports which are clearly not on the hardware, and in some places refers to the Slingbox A/V, while in others seems to refer to connections found on the current Pro. And some of the illustrations depict the current boxes. (It is clearly a draft and not the final manual.) It looks like this will be a unified product for the global market – the built-in tuner is listed as being NTSC/PAL/SECAM.

Oh yeah, one thing that is very interesting – it has a built-in DOCSIS modem (aka cable modem)! Yes, the model number in the manual is “V-Modem007″ and it has support for DOCSIS 2.0 and Euro-DOCSIS 2.0. The FCC Test Report refers to it as:

There is also a second FCC Test Report. The User Manual shows the standard Slingbox configuration, connecting the Ethernet to an existing router, etc. But that could be an artifact from lifting most of the manual contents from the existing manuals. It doesn’t seem like the manual really covers the features of this new hardware. It will be interesting to see if this is really going to be marketed as a cable modem and Slingbox in one unit. It would solve a number of the configuration issues users have getting their Slingbox to communicate through their router, as it would be ‘outside’ of any router. Though that could introduce issues with local streaming, as that would have to pass through the router. Stay tuned.

The FCC documents do include a number of photos of the unit, inside and out. Click on the thumbnails for larger versions:

Several blogs have picked up on this – though they all seem to have overlooked the cable modem aspect: Gizmodo, Engadget, EngadgetHD, PVR Wire @ TV Squad, and TG Daily.

MegaZone is the Editor of Gizmo Lovers and the chief contributor. He's been online since 1989 and active in several generations of 'social media' - mailing lists, USENet groups, web forums, and since 2003, blogging.    MegaZone has a presence on several social platforms: Google+ / Facebook / Twitter / LinkedIn / LiveJournal / Web.    You can also follow Gizmo Lovers on other sites: Blog / Google+ / Facebook / Twitter.
View all posts by MegaZone →
This entry was posted in Sling Media. Bookmark the permalink.
Performance Optimization WordPress Plugins by W3 EDGE