Could Netflix Finally Be Coming To MSO STBs, Like TiVo? 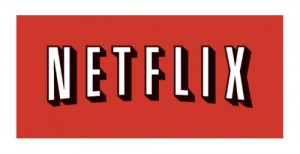 Light Reading Cable has an interesting article about Netflix on MSO devices. As you may be aware, set top boxes provided by cable operators, aka MSOs, cannot offer Netflix support. That’s why a retail TiVo Premiere has Netflix, while a unit from RCN does not. Cable operators can’t offer Netflix even if they want to. Or rather, they couldn’t.

We knew the issue was a contractual one, between Netflix and content owners. They did not have the rights to stream to MSO hardware. But it seems the issue was specifically with Starz, and now that Netflix and Starz have parted ways that obstacle is gone. Well, maybe. No one is sure if the Starz deal was the only obstacle, or if there are similar clauses in contracts with other rights owners, and Netflix isn’t commenting. But there is some hope:

The Starz deal was why RCN Corp. was unable to offer Netflix on TiVo boxes when the cable operator launched its TiVo offering in May 2010, RCN Senior Director of Video Product and Video Network Operations Jason Nealis tells Light Reading Cable. He says he’s eager to reopen the dialogue with Netflix now that that Starz deal has expired.

I suppose if anyone would have inside information it’d be Jason, since he’s the point man for RCN’s TiVo implementation.

Of course, TiVo could always implement DLNA, which would open the door to work arounds. Which is how ARRIS gets Netflix on their MSO Moxi units, via PlayOn running on a user’s computer, as stated in this video:

Or, when TiVo publishes their SDK, perhaps PlayOn could create an app for TiVo.

Given TiVo’s working relationship with Comcast, and their integration of Comcast’s XFINITY On Demand into retail units, I have to wonder if we might see support for Comcast’s Streampix streaming service land on TiVo as well. That’s something I certainly would not expect to see supported on units provided by other MSOs, but it would be a welcome addition to retail units. And it would make sense, seeing as Comcast’s deal is for support or retail units and I’d expect them to be happy to have their streaming service on those boxes.