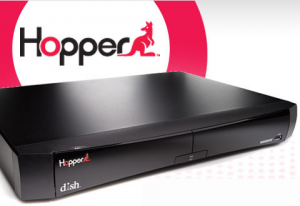 I won’t go into the product features of the DISH Network Hopper, since I’ve already done that, this post is about the ad campaign. I’ve seen three TV spots for the Hopper so far – which are the three they’ve conveniently posted: I’ve already commented on the first spot, ‘Boston’, which features the stereotypical South Boston, aka Southie, accent. Living in MA, and having a wife from South Boston, no, everyone does not actually sound like this:


The common factor in the campaign, summed up in one word, would have to be: quirky. They really don’t say much about the product, just quickly work in the highlights of “record up to six programs” and “lots of storage”. The second ad is even stranger:


Personally I feel like the take away from this one is that if you buy a Hopper you’re crazy enough to jump out of a moving car to avoid losing an argument. I’m not sure that’s a selling point.

The last one features a frighteningly peppy family in what seems to be commentary on the dangers of over-praising… or maybe I’m reading too much into the ad:


Personally I don’t think these ads are that great, and I prefer something with more actual product info, but I know I’m not the target market average consumer. What do you think about the campaign? Do you have a Hopper?

MegaZone is the Editor of Gizmo Lovers and the chief contributor. He's been online since 1989 and active in several generations of 'social media' - mailing lists, USENet groups, web forums, and since 2003, blogging.    MegaZone has a presence on several social platforms: Google+ / Facebook / Twitter / LinkedIn / LiveJournal / Web.    You can also follow Gizmo Lovers on other sites: Blog / Google+ / Facebook / Twitter.
View all posts by MegaZone →
This entry was posted in Dish Network, DVR and tagged Dish Network, DVR, Hopper, Video, YouTube. Bookmark the permalink.
Performance Optimization WordPress Plugins by W3 EDGE