Sorry For The Silence – And The Cable Show Next Week 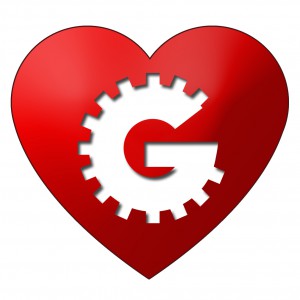 I’ve been quiet lately, sorry about that. This site is basically a one-man show and a bunch of stuff came together to suck up my time these past couple of weeks. My wife and I traded off illnesses for a while which had both of us laid up for a few days and wiped out for a few more. We had to cancel a weekend trip to NH as I was too sick to get out of bed; I think I slept for 18 hours one day. I was one of the walking dead for a while, just enough energy to do my job and then crash early.

There were familial obligations – Mother’s Day, our nephew’s birthday, stuff that needed to get done around our house, etc. And my day job has kept me pretty busy lately, including a trip down to New Jersey this past week. Just a storm of time sucks and catching up from being laid up took up the rest.

So I have a bit of catching up to do here on recent events, such as TiVo’s latest software update, and a bunch of other stuff. But I think I’m healthy again and feeling as well as I can expect given the pollen levels. So I’m going to try to knock out some posts to catch up. Sorry I’ve been absent, it bugs me when that happens too.

The timing is good since The Cable Show hits Boston this week – Monday through Wednesday. Well, actually, there is a press reception Sunday night at Fenway Park that I’ll be attending as well. This is my first time attending The Cable Show, so I’m not quite sure what to expect. I’ve attended may other trade shows and conferences over the years, both as an exhibitor and as an attendee/blogger, so I know the generalities. But each show is different, so it will be interesting to see what this one is like.

I have a meeting scheduled with TiVo on Monday morning, just after the show floor opens. So if there is anything you really want to know about, leave a comment. Oh, but don’t suggest asking about obvious stuff like the forthcoming transcoder box and IP STB, or the new SDK, as those are already on my list to follow up on, along with the rest of the road map info they previously shared. Being that this is The Cable Show I expect a lot of what TiVo will have to say will relate to their progress in the MSO market with less focus on retail products. This is their show blurb:

Only the TiVo® service brings together the best of TV, VOD and web entertainment together in a single user interface, with one remote and one simple search across everything. And in this environment of increasing over-the-top competition and shifting consumer loyalties, TiVo is uniquely suited to combine over a decade of consumer experience with the ability to integrate with existing infrastructures and the know-how to execute with speed. New this year, TiVo is showcasing its whole-home and TV-everywhere solutions, which offer the same award-winning TiVo experience on every screen, big or small. Come see why more and more cable operators are choosing TiVo for their advanced-television solutions.

Still, let me know what you want to learn.

And if there is anyone else on the exhibitor list you think I really must visit, or anything specific I should ask about, feel free to suggest it. I can’t make any promises, there is only so much time in the day, but I’m always interested in checking out interesting stuff. And if you’re an exhibitor and you think I really need to meet with you, feel free to contact me.

Speaking of contacting me, I’m always interested in meeting up with my fellow bloggers, especially since I haven’t made it to CES in a few years. So if you’re going to be there and want to get together contact me directly if you have my info, or just go through the site. And if you’ve done The Cable Show before and have any pointers, I’m open to suggestions.

Hopefully next week I’ll have some interesting info to share.

MegaZone is the Editor of Gizmo Lovers and the chief contributor. He's been online since 1989 and active in several generations of 'social media' - mailing lists, USENet groups, web forums, and since 2003, blogging.    MegaZone has a presence on several social platforms: Google+ / Facebook / Twitter / LinkedIn / LiveJournal / Web.    You can also follow Gizmo Lovers on other sites: Blog / Google+ / Facebook / Twitter.
View all posts by MegaZone →
This entry was posted in Cable, General, Site Updates, TiVo and tagged Site Updates, The Cable Show, TiVo. Bookmark the permalink.
Performance Optimization WordPress Plugins by W3 EDGE