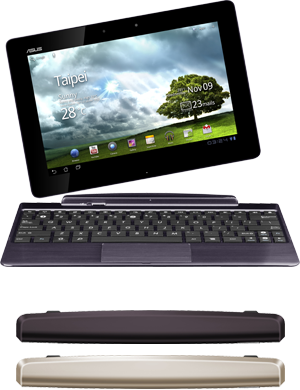 If you, like myself, own an ASUS Transformer Prime Android tablet, you’ve probably heard about the issues with GPS reception. The nice metal case is great – except that it isn’t so friendly to GPS radio signals. Personally I’ve never really had a problem. It is A-GPS and it has always locked up a solid position pretty quickly between the WiFi and GPS signals. A ten inch tablet isn’t something you’re normally going to use as a mobile GPS device anyway. ASUS ‘fixed’ the problem by simply dropping ‘GPS’ from the product feature list, along with software tweaks to improve performance as best they can with the existing hardware.

However, all of that said, some people are understandably upset, or at least annoyed, by the issue. Well, ASUS has decided to make things right, at no cost to owners. Now through July 31, 2012 they are offering a free dongle, properly called the ASUS Transformer Prime GPS Extension kit. If you own an ASUS Transformer Prime simply follow the instructions to file your claim. It is fairly simply – just register your Transformer Prime, if you haven’t already, and then click on the link to claim your dongle. They’ll send you one that matches the finish on your tablet.

The dongle itself is fairly large, as you can see in the image above. It is a bar that clips on the bottom of the tablet, using the same connections as the keyboard dock. That does mean you can’t use the dongle and the keyboard at the same time. And there is no indication that the dongle has a pass through for the 40-pin connector – which would mean no charging while it is in use. But hey – it is free.

MegaZone is the Editor of Gizmo Lovers and the chief contributor. He's been online since 1989 and active in several generations of 'social media' - mailing lists, USENet groups, web forums, and since 2003, blogging.    MegaZone has a presence on several social platforms: Google+ / Facebook / Twitter / LinkedIn / LiveJournal / Web.    You can also follow Gizmo Lovers on other sites: Blog / Google+ / Facebook / Twitter.
View all posts by MegaZone →
This entry was posted in Android and tagged android, Asus, Eee Pad Transformer Prime, GPS, tablet. Bookmark the permalink.
Performance Optimization WordPress Plugins by W3 EDGE