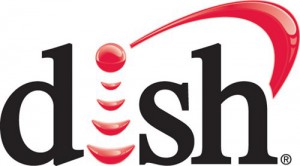 As part of their new YouTube channel I mentioned in my last post, DISH Network has also published several videos highlighting their ‘TV Anywhere’ feature. TV Anywhere brings Sling Media’s technology to DISH customers, either through the Sling Adapter add-on for the ViP722 DVR and the new Hopper DVR, or built into the ViP922 SlingLoaded DVR.

This is actually a very nice system, and one of the few things I’m envious of as a TiVo user. I use an external Slingbox with my TiVo, but that’s really a but if a kludge with analog A/V connections and IR blasters. The DISH Sling Adapter connects with a simple USB cable, and that’s all. TiVo’s forthcoming transcoder box will provide a similarly elegant solution via a single network connection, even moreso as it can support multiple DVRs with one box. However, initially at least, it will only stream within the home. I really hope TiVo comes around and adds true place shifting for streaming outside of the home as well. Then I’d gladly replace my Slingbox.