Galaxy Nexus Launches, Google Posts A Slew of Videos to Showcase It 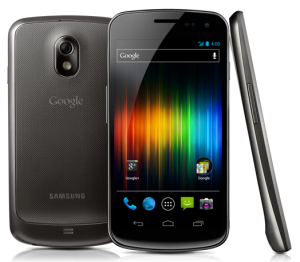 While Verizon has yet to announce the launch date for their 4G LTE Galaxy Nexus variant (12/8 seems to be the latest rumor), and I’m jealously watching my fiancee play with her new Droid RAZR, the HSPA+ version of the Galaxy Nexus has launched on carriers in a number of countries. Timed with the launch, Google has posted a number of videos to highlight the various features of their new flagship Android phone. It gives us a nice look at Android 4.0 Ice Cream Sandwich. Here they are:

You know, speaking of the Verizon version that I’m waiting for, we also got the official details on the differences between the LTE & HSPA+ variants. The LTE model is slightly thicker and heavier, with a tad more battery capacity. While the official specs list storage as 16GB, and it seems all the phones available currently are 16GB, it has been widely reported that a 32GB model is in the works. The official site used to say 16/32GB, though it now says just 16GB. Perhaps the 32GB version is still up in the air, or won’t be available at launch so they want to narrow the message. Given my history with my OG Droid, and how much of my content is in the cloud anyway, I could probably live with 16GB. But I’d still like to have 32GB, just in case.