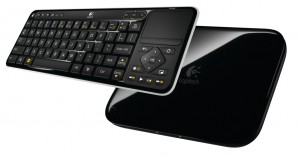 Initially launched last October at a $299.99 price point, later reduced to $249.99, and then further reduced to $199.99 this May, the Logitech Revue Google TV box hasn’t been what one could call a sales success. Logitech has suffered from extensive returns from their distributors and resellers, taking a big hit to the bottom line in the process. To help improve the sales prospects of the unit last week Logitech announced that they’d be dropping the price again, to $99.99. And today the new price went into effect.

You can now buy the Logitech Revue for $99.99 at Amazon, Best Buy, or direct from Logitech

. At the original $299.99 price I thought it was way too expensive to recommend, or bother getting one myself. But at the new $99.99 price I think it is a viable contender, and I just ordered one to play with.

Google TV is certainly rough around the edges today, but it has a lot of potential. It is based on the Android operating system, but the first version, what is available today, is pretty limited. You have some of the standards we’ve come to expect – like Netflix, Pandora, and Amazon – but compared to a unit like Roku it is a pretty limited selection. Fortunately, that’s expected to change in a big way later this summer. Google TV is getting an update to a new version based on Android 3.1 Honeycomb, the latest & greatest version of Android, as used on tablets. Along with this update the Android App Market will be hitting Google TV, and you’ll be able to download apps just as you can on your Android smartphone. And 3rd party developers will be able to develop apps to do anything, just like the phones. And all existing Google TV devices, including the newly affordable Revue, will get this update. So it isn’t just what it can do now, it is what it will do in a few months that makes it a decent value at the new price.

I’d love to see Google TV integrated tightly with TiVo, as it is with Dish Network DVRs today. The potential is certainly there, with TiVo’s network remote control functionality on the Series3 and later boxes. I’m not a developer, so I don’t know if this is something the Google TV API would allow 3rd party developers to do, but I suspect not since it is more a core feature of the platform.

I think Google really stumbled out of the gate with Google TV, but they’re not stupid and they learn from their mistakes. Everything
they’ve shown relating to Google TV 2.0 looks pretty impressive. They’ve learned several lessons from the tepid response and harsh reviews of the first version, unfortunately Logitech took a real financial hit to help drive those lessons home. I think Googleis learning that the physical world is a bit different than operating online, where you can launch an incomplete product and get away with it by calling it a ‘beta’ and making it free. People aren’t as happy with half-baked products when they have to pay real money for them, especially several times what competing products cost (such as Roku). You really need to get it right the first time, then continue to improve it. Not ship something functional but overly limited, then make it awesome in a later update. First impressions are important. Google is big enough to recover from a fumble, but it doesn’t serve them to get their partners, like Logitech, beat up in the market due to product shortcomings.

One odd quirk caused by the repricing, the optional Mini Controller for the Revue at $129.99 now costs more than the Revue with it’s included full size keyboard. But then, it is optional and the keyboard that comes with the Revue is all you really need. Not to mention the remote control apps available for Android or iOS devices.

It will also be interesting to see what happens with pricing on the Boxee Box by D-Link. The MSRP is currently $229.99, and with the reduction on the Revue and the existing low pricing on Roku boxes, the main competition, it stands out as a high priced box. The Popbox is $129.99, which is a bit high but still close. It really looks like $99.99 is the new price to match, or beat, in the media STB market, thanks mainly to Roku.

As a big fan of Android on my phone, and Google products in general, I’m looking forward to having my own Revue so I can play with Google TV. For $300 I was curious but reserved, for $100 I’ll bite.