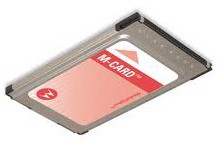 Maybe it is due to the new FCC CableCARD & Tuning Adapter rules going into effect August 1st, but it seems like vendors are lining up their USB CableCARD tuner products for launch in the near future.

MissingRemote reports that the Hauppauge WinTV-DCR-2650 dual-tuner USB CableCARD box has passed CableLabs certification and will sell for just $129. Pre-orders start Monday, and it will ship in late June.

Still a bit more nebulous Ceton Corp, which recently finally shipped their much anticipated InfiniTV 4 internal quad-tuner CableCARD card, also announced a InfiniTV 4 USB model back at CES. Given that they’ve finally started shipping the internal model, and the competition is about to ship their USB tuners, I have to expect this will see the light of day sometime soon.

Just in time to take advantage of the newly updated tuning adapters. I’m sure PC-based DVR enthusiasts will line up for these products if they deliver on their promises.