Do You Want A Four Tuner TiVo? Tell The FCC 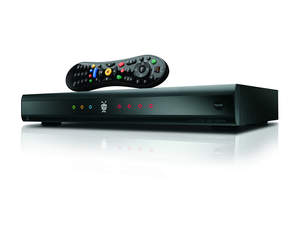 TiVo wants to release a four-tuner digital cable DVR to retail, but to do so they had to petition the FCC for a waiver. Without a waiver, the TiVo Premiere Elite will not be available at retail, but only through those MSOs who decide to offer it directly to their customers.

Why? The current rules for retail ‘Digital Cable Ready’ devices requires them to have not only digital tuners, but analog (NTSC) tuners as well. These rules were written in 2003, and a lot has changed in eight years. Back then all-digital cable systems weren’t common, today they are. Even for those MSOs who aren’t fully digital, generally only a handful of channels remain analog-only. Upgrades to networks, to add more channels, and the implementation of SDV have allowed MSOs to migrate to digital and the move is ongoing.

TiVo has taken advantage of this in designing the Premire Elite, by giving it four QAM tuners for digital cable – but no analog capability. It also boasts 300 hours of HD recording, which indicates a 2TB drive. (Although there is no mention ATSC support – potential bad news for antenna users.) TiVo claims that this makes the Elite a ‘greener’ product, cutting power draw from 32W to 24W, as well as reducing costs:

Remember that eliminating analog support doesn’t just mean dropping the tuners, they can also drop the encoders and the associated RAM they require. And it cleans up the overall design. So the savings come from the reduced component count.

But without a waiver you’ll have to hope your MSO offers it. Why could MSOs offer it and not retail stores? The rules are different, MSO-provided units are allowed to be all-digital, retail units are not.

So where do you come in? Thanks to our system of government, you can give the FCC your opinion directly. They’ve released a call for comments, and you have until July 25th to put your two cents in. You can even do it online – but read the call for comments to understand what you need to do. It is a government agency after all, they can’t make it too simple.

TiVo seeks waiver of three of the Commission’s rules with respect to the Premiere Elite: (1) Section 15.118(b), which requires cable-ready consumer electronics equipment to be capable of receiving analog NTSC channels 1 through 125, (2) Section 15.123(b)(1), which requires all unidirectional digital cable products to be capable of tuning NTSC channels transmitted in the clear, and (3) Section 15.123(c), which outlines tests and standards that unidirectional digital cable products must satisfy before going to market.

I’d love a TiVo Premiere Elite and a couple of TiVo Preview boxes to finally replace my current TiVo Series3 and Pioneer Series2 DVD unit. I’ve been holding off for just such a product.

MegaZone is the Editor of Gizmo Lovers and the chief contributor. He's been online since 1989 and active in several generations of 'social media' - mailing lists, USENet groups, web forums, and since 2003, blogging.    MegaZone has a presence on several social platforms: Google+ / Facebook / Twitter / LinkedIn / LiveJournal / Web.    You can also follow Gizmo Lovers on other sites: Blog / Google+ / Facebook / Twitter.
View all posts by MegaZone →
This entry was posted in Cable, TiVo. Bookmark the permalink.
Performance Optimization WordPress Plugins by W3 EDGE