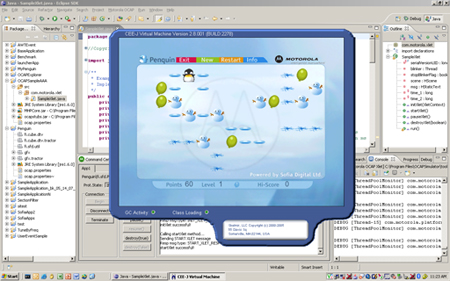 We first heard about an OCAP SDK from Motorola last June, but haven’t heard much since then. In the meantime there have been a number of changes, not the least of which has been the rebranding of OCAP as tru2way, as well as a number of CE vendors signing the tru2way MOU with CableLabs. Tru2way really has a lot of traction now and we should see a number of tru2way products on the market by mid-2009.

Well, according to Media Experiences 2 Go Motorola has finally released the SDK to tru2way developers. ME2G has a Q&A with Motorola’s Frank Goddard, and there is a product fact sheet PDF available as well. Tools like this will be a major factor in building a successful tru2way ecosystem.