TiVo has released version 1.9 of their iOS app for iPhone, iPod Touch, and iPad, and it is available in the App Store. It brings a number of nice enhancements to the app.

Now, just to get this out of the way, the Android app is slated to get these features in ‘summer’. And the long-awaited Android tablet app should finally arrive in ‘spring’. TiVo, please, release one Android app that runs on all Android devices – the Android SDK supports it. It is silly when we get multiple apps for different devices. So, my fellow Android users, be patient.

One of the most notable changes is the new Browse UI: 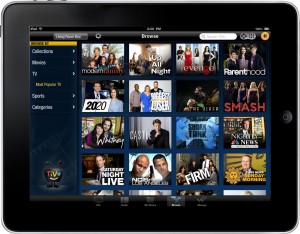 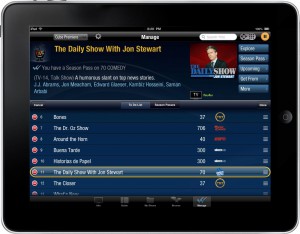 You can also now create a WishList Search from within the app. And when you re-order you Season Passes you can continue to use the app without waiting for the list to finish re-prioritizing. And all of the images in the app are now ‘retina’ quality, just in time for the new iPad. Here’s the complete list of improvements:

Other new features for both iPad and iPhone:
-Added “Keep Until I Delete” option for shows in My Shows
-Added recording options for shows set to record in the To Do List
-Create WishList for shows that aren’t airing right now
-Added My Shows, To Do List, Season Pass manager capability in Away mode for Series4 DVRs
-Added To Do List/Season Pass manager capability for Series3 DVRs
-Make Away mode more resilient to network drops
-Can use app while Season Pass recordings are reprioritizing
-Added new icons to My Shows
-Add live TV padding notification when recording a live event on TV
-Added Facebook single sign-on for easier Facebook login

*For DVR Discovery issues, please make sure your router firmware is up to date or contact customer support if you are still having problems

Now, as an Android-only household, I can’t wait to see these improvements on my devices.