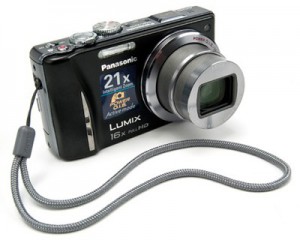 Sure, we’ve seen this deal before, but that doesn’t mean it isn’t a deal – and this is the lowest price yet.

. And, as a bonus, you get an accessory pack with a 4GB SD card, leather carrying case, and a stylus. All together you get the Lumix DMC-ZS10 camera, a rechargeable lithium-ion battery, battery charger, carrying case, USB cable, AV cable, 4GB SD card, hand strap, and stylus pen.

MegaZone is the Editor of Gizmo Lovers and the chief contributor. He's been online since 1989 and active in several generations of 'social media' - mailing lists, USENet groups, web forums, and since 2003, blogging.    MegaZone has a presence on several social platforms: Google+ / Facebook / Twitter / LinkedIn / LiveJournal / Web.    You can also follow Gizmo Lovers on other sites: Blog / Google+ / Facebook / Twitter.
View all posts by MegaZone →
This entry was posted in General Tech and tagged Gifts, Lumix, Panasonic, sale, Sellout.Woot. Bookmark the permalink.
Performance Optimization WordPress Plugins by W3 EDGE