Blockbuster On Demand Abruptly Pulled From TiVo And Other Platforms 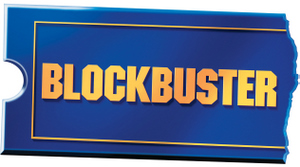 Last Thursday, just after returning from my honeymoon, I received this as a tip from a reader, William:

We have some good news and some bad news. The bad news is that, as of 3/31/12, the Blockbuster app will no longer be available on your TiVo DVR. We are updating our technology platform and will not be able to continue supporting your device.

You won’t be able to watch movies from Blockbuster On Demand on your device, but you can still watch on any of our other devices or stream via PC or Mac. See a list of supported devices.

Your friends at Blockbuster

I spoke to TiVo on Friday, and they basically found out about this along with the rest of the world – the day before. Neither Blockbuster, nor parent Dish Network, had notified TiVo that this was coming. TiVo had just started discussions with Blockbuster after hearing the news, and those are still ongoing. TiVo says they’ll make a statement on this once they have something concrete to say.

The reason for this really has nothing to do with TiVo, or any of the other similarly impacted platforms that are losing Blockbuster. This all started back in 2007 when Blockbuster attempted to enter the digital movie market by acquiring Movielink. This attempt failed, so in 2009 they decided to try again by partnering with CinemaNow, which had just been acquired by Sonic. Ever since then Blockbuster’s download service has been powered by Sonic, which has since been acquired by Rovi.

Blockbuster’s deal with Sonic expires on 3/31/12, and they aren’t extending it. Since all of the current platforms that support Blockbuster’s download service use the Sonic implementation, they’re all going to stop working – and that includes TiVo.

This streaming service also provides hope for Blockbuster On Demand’s return to TiVo and other platforms. Samsung has already shown that home entertainment devices can support the service, and I suspect there is no technical barrier to bringing it to devices such as TiVo. However, presuming the business side of things is addressed, it will still require all new development to implement the streaming client for each platform. Given the time needed for development, and then testing, I wouldn’t expect to see anything in the near future.

Also, the streaming service isn’t going to support older hardware that can’t handle new codecs. That means, just like Netflix, Hulu Plus, YouTube, etc., it will never hit the older TiVo Series2 platforms. And while technical reasons will keep it off of the Series2, I expect business reasons will keep it off of the Series3 as well. Any new client development will almost certainly be done in Adobe Air in the new SDK, just as with Hulu Plus. This will only run on the new Series 4/Premiere hardware. Since the Series3 line is no longer produced and sold, there is really no justification for investing resources in developing an HME-based client just for that platform.

So Blockbuster On Demand is going away, but it may be back at some point – as a streaming app on the Premiere.

MegaZone is the Editor of Gizmo Lovers and the chief contributor. He's been online since 1989 and active in several generations of 'social media' - mailing lists, USENet groups, web forums, and since 2003, blogging.    MegaZone has a presence on several social platforms: Google+ / Facebook / Twitter / LinkedIn / LiveJournal / Web.    You can also follow Gizmo Lovers on other sites: Blog / Google+ / Facebook / Twitter.
View all posts by MegaZone →
This entry was posted in Broadband, TiVo and tagged Blockbuster, Broadband, Movielink, Rovi, Sonic, TiVo. Bookmark the permalink.
Performance Optimization WordPress Plugins by W3 EDGE