Supersized New THR22 DirecTiVos On The Way From WeaKnees 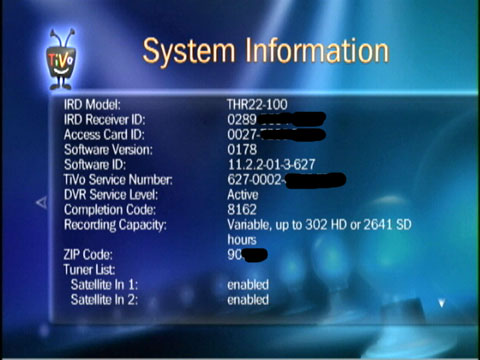 While the new THR22 DirecTiVo is only in limited distribution, and only available directly from DirecTV, WeaKnees.com is planning ahead. The THR22 will be in wide release in early 2012, including through resellers like WeaKnees. They’ve managed to get their hands on one already and they’ve been able to perform their magic on it and upgrade it to 2TB of recording capacity – as attested to by the screen shot above. So, while the new THR22 may not have all of the features some hoped for, users will have the option of massive recording capacities once it is widely available.