DirecTV THR22, aka the new DirecTiVo, Listed at Solid Signal 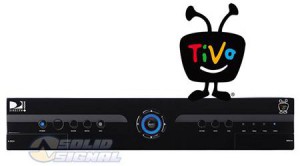 Online distributor Solid Signal has listed the DirecTV THR22, also known as the new DirecTiVo, on their site. Unfortunately it is listed as “Currently Not Available” and no price is given, but the listing does confirm some of the previously available information. And it all makes sense given the THR22 seems to be pretty much the existing HR22 with a new face plate and the TiVo software loaded. We’ll have to wait for someone to tear one open and compare the internals, but I expect they’ll be pretty similar, if not the same. (Given it has been a few years since the HR22 was produced some components may be updated just for supply reasons.)

Some of the features, as listed by Solid Signal:

So it looks like the new DirecTiVo really is coming soon.

MegaZone is the Editor of Gizmo Lovers and the chief contributor. He's been online since 1989 and active in several generations of 'social media' - mailing lists, USENet groups, web forums, and since 2003, blogging.    MegaZone has a presence on several social platforms: Google+ / Facebook / Twitter / LinkedIn / LiveJournal / Web.    You can also follow Gizmo Lovers on other sites: Blog / Google+ / Facebook / Twitter.
View all posts by MegaZone →
This entry was posted in DirecTV, DVR, TiVo and tagged DirecTiVo, DirecTV, Solid Signal, THR22, TiVo. Bookmark the permalink.
Performance Optimization WordPress Plugins by W3 EDGE