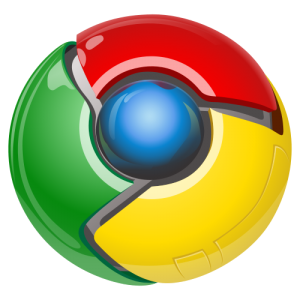 I’ve been an Android fan since early on. While I still worked for Sling I had a G1 for a while to evaluate as Android was then slated as a SlingPlayer Mobile platform. And I’ve been a full time Android user since the Droid landed at Verizon in November, 2009. In fact, I’m still using that Droid (now running Cyanogenmod 7.1-RC1), as I’m waiting to see how things shake out in the coming months with the Galaxy S II, Droid Bionic, Nexus Prime, Asus PadPhone, and a few others. But that’s another topic…

So, anyway, one of my few complaints with Android is the browser. Not that it is really lacking in any significant way, just that it isn’t Chrome. We already know Chrome can run on Android, Google TV uses Chrome on Android. And we know ‘desktop’ browsers work in general as Motorola has Firefox in their ‘webtop’ app on the Atrix. There’s also Firefox Mobile and Opera for Android, which are closely related to the desktop kin. As a Chrome user on the desktop, I’ve really wanted Chrome on my phone, complete with extensions, etc. And it never really made much sense to me that the Android browser was a different codebase.

Well, apparently Google is finally bringing everything together. They’re bringing the Android browser into the WebKit fold – Chrome is based on WebKit. ‘Browser’, as it is simply named, has always been based on WebKit, but it has long since been divorced from the core project. That meant that changes in WebKit couldn’t be directly brought into Browser, and vice-versa. That’s finally coming to an end, as the Android Browser finally shares enough code with the Chromium branch of WebKit (the open source basis for Chrome) that it can be based directly on that branch. That should benefit all around as enhancements to one can be easily shared with the other.

The Android Browser and Chrome already share a lot of code, such as the same WebKit rendering engine, V8 JavaScript engine, and HTTP [Hypertext Transfer Protocol] stack. We expect them to continue to share more code over time and have actually started harmonizing our efforts so that Google will have just one port of WebKit to maintain. Beyond that, we have nothing further to share at this time.

WebKit is the success that Mozilla’s Gecko always aspired to be but never quite was – the basis for many major browsers. WebKit started out as a port of the KHTML engine from the KDE Linux project for Apple’s Safari browser. Now it serves as the heart of Safari, Chrome, Android Browser, RIM’s mobile browsers, the WebOS browser, Samsung’s Bada browser, the web browser for Symbian S60, the Amazon Kindle browser, and many others – even Valve’s Steam uses WebKit. So the more developers sharing enhancements with each other, the better for all of us.