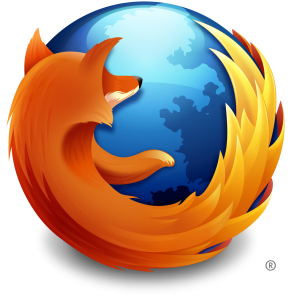 Just after Firefox 5 released a support thread was started in their forums by users upset that Google Toolbar was not compatible with FF5. A lot of the posts were frankly demanding and entitled, and I posted a reply with some pointed words, wherein I also said “They may never support FF5, though I think they probably will.” Well, I thought wrong. On Tuesday, Google posted the following:

An update on Google Toolbar for Firefox

First of all, we’d like to thank all of our loyal users of Google Toolbar for Firefox. We deeply appreciate all of the feedback over the years that helped to make the product so useful. As we all know, over the past few years, there has been a tremendous amount of innovation in the browser space. For Firefox users, many features that were once offered by Google Toolbar for Firefox are now already built right into the browswer. Therefore, while Google Toolbar for Firefox works on versions up to and including Firefox 4 only, it will not be supported on Firefox 5 and future versions. Please see our Help Center for additional details.

I’d been a Netscape user since around 0.9 up through 4.79, until I made the jump to Mozilla Suite (aka Seamonkey). I used that until Firefox hit 1.0, when I transitioned to the latter. I adopted the Google Toolbar early in its life, as it added a lot of useful functionality to the browser. Last year I switched to Chrome full time, which has most of the Toolbar features built in or available as extensions, so I haven’t been a Google Toolbar user in a while. But as a long time user I sympathize with the users who now go with out.

Though it isn’t as big of a loss as it once would’ve been – many of the features first introduced in Google Toolbar are now built into Firefox natively. And many of the other Toolbar features are available through other FF extensions. As CNET Reports, form autofill, spell checking, bookmark synchronization, and a search box are built into FF, and suggestions and customer searches are both supported in the ‘Awesome Bar’. Google themselves have presented a helpful list of replacement extensions for users missing the features of Toolbar.

Personally, I say just switch to Chrome. But I know not everyone is willing to switch away from Firefox.

The Google Toolbar for IE lives on for now.

MegaZone is the Editor of Gizmo Lovers and the chief contributor. He's been online since 1989 and active in several generations of 'social media' - mailing lists, USENet groups, web forums, and since 2003, blogging.    MegaZone has a presence on several social platforms: Google+ / Facebook / Twitter / LinkedIn / LiveJournal / Web.    You can also follow Gizmo Lovers on other sites: Blog / Google+ / Facebook / Twitter.
View all posts by MegaZone →
This entry was posted in Apple, PC, Web and tagged Firefox, Google, Google Toolbar. Bookmark the permalink.
Performance Optimization WordPress Plugins by W3 EDGE