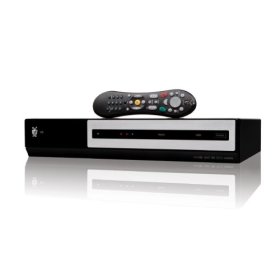 Well, I teased you a bit earlier with the press release and scans of the TiVo HD flier.

I was really buying a little time since I had a couple of hiccups getting my full review up and ready to go.

As with the Series3 review I did last fall, I’ve reviewed the new TiVo HD. And, as with the S3, I took a large number of photographs of the unit, inside and out. There were certainly some surprises inside the unit, which should fuel quite a bit of speculation.

Speaking of speculation, some of the past speculation was on the mark – but some of it was off target.
From the TiVoCommunity.com post:

However, the speculation on the tuners and encoders missed the mark – read the review to see what’s really in there.

TiVo has re-done their homepage to feature the TiVo HD, you can pre-order it now. The official TiVoHD page is here, as well as the specifications, and FAQs.

WeaKnees and DVRupgrade are already offering the TiVo HD for pre-order. Both the basic 160GB unit for $299, as well as expanded units, up to 1TB. It looks like DVRUpgrade has better pricing on the larger models, and purchasing from DVRupgrade through these links supports the site.

If you order the TiVo HD from Amazon

it supports the site as well. You can also pre-order the basic box directly from TiVo or from Best Buy.

Dave Zatz has posted the new boot video to YouTube.

As always, if you activate a new TiVo, the TiVo Rewards Referral is appreciated.