How Does The World’s Most Successful Jet Engine Work, And What’s Next? 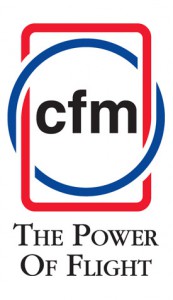 Most people, who aren’t aviation geeks, have probably never heard of CFM International (CFMI). CFMI is a joint venture of GE, of the US, and Snecma, of France, and together they build most successful jet engine ever produced, the CFM56. Over 20,000 CFM56 engines have been built, with production continuing.

The CFM56 dates back to 1974 and evolved from technology developed for GE’s F101 power plant for the B-1 bomber. The world’s most successful engine was almost stillborn, as it struggled to find customers until the USAF selected it to re-engine a large portion of the KC-135 fleet. With that foundation the CFM56 was used extensively to re-engine commercial B707 and DC-8 commercial aircraft, as well as on other military C-135/B707 variants.

What this all means is that if you’ve flown much at all in your life, you’ve probably flown on an aircraft powered by the CFM56. I did just this past week, as I flew on multiple B737s on a trip out to California.

I’ve been an aviation geek most of my life. Way back in seventh grade, which must’ve been 1983 or so, I did an independent study project on gas turbine engines. I got to visit the maintenance facility at the local Air National Guard base, the 109th Tactical Airlift Group in Schenectady, NY, and poke around in the innards of the Allison T56 turboprops from their C-130s. It was awesome, which just shows you I was a tech geek back then. I collected all kinds of diagrams, illustrations, etc., to use in the presentation, but the teenage me would’ve killed to have these videos. These are exactly the kind of thing I was picturing in my head and struggling to illustrate. And yeah, this whole post is just an excuse to post these.

First is the CFM56-7B, which exclusively powers the Boeing 737NG family:


So how do you follow up the world’s most successful jet engine, which has been evolving for over three decades? You take a huge LEAP. Where LEAP stands for Leading Edge Aviation Propulsion, of course.

More specifically, the LEAP-X, CFMI’s new engine being developed to power the A320 NEO (LEAP-X1A), B737 MAX (LEAP-X1B), and China’s new COMAC C919 (LEAP-X1C). The LEAP-X is a major, er, leap forward from the CFM56. A design can only be evolved so far before it is time to start with a clean sheet and create a new design incorporating the latest and greatest technologies, which is exactly what CFMI have done. The LEAP-X will provide much greater fuel economy while at the same time being quieter, producing fewer emissions, and requiring less maintenance than older engines. It is poised to be as great of a success, if not greater, than its older sibling. And being the exclusive power plant for the next generation of the world’s most successful airliner, the B737 MAX, and one of the two options for the second most successful family, the A320, is a good start.

MegaZone is the Editor of Gizmo Lovers and the chief contributor. He's been online since 1989 and active in several generations of 'social media' - mailing lists, USENet groups, web forums, and since 2003, blogging.    MegaZone has a presence on several social platforms: Google+ / Facebook / Twitter / LinkedIn / LiveJournal / Web.    You can also follow Gizmo Lovers on other sites: Blog / Google+ / Facebook / Twitter.
View all posts by MegaZone →
This entry was posted in Aerospace and tagged A320, A320 NEO, Aerospace, Airbus, B707, B737, B737 MAX, Boeing, C919, CFM56, CFMI, COMAC, DC-8, KC-135, LEAP-X, Video, YouTube. Bookmark the permalink.
Performance Optimization WordPress Plugins by W3 EDGE