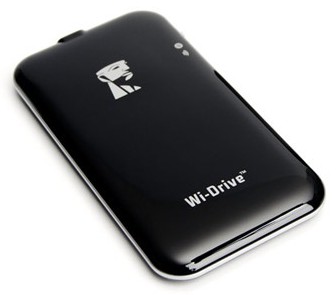 The Wi-Drive supports 801.11g/n networking so up to three iDevices can access content stored on the Wi-Drive simultaneously – iPhone, iPod Touch, or iPad. It also acts as a sharing hub so you can share media from your device with the others connected to the Wi-Drive. You just need the free Wi-Drive app.

Kingston even put together a cheesy video showing how it can be used: