Yesterday the 18″ TiVo plushie that I ordered came in – it joins the 6″ doll I picked up a while back, and the 3″ ornament that I picked up from TiVo’s booth at CES. (I have a fee of the antenna toppers too – including one on my car.) I didn’t realize just how *big* the 18″ doll is – it is HUGE. My co-worker, Audrey, is totally enamored of the TiVo Guy – she’s kidnapped all three plushies for her cube, which is next to mine. 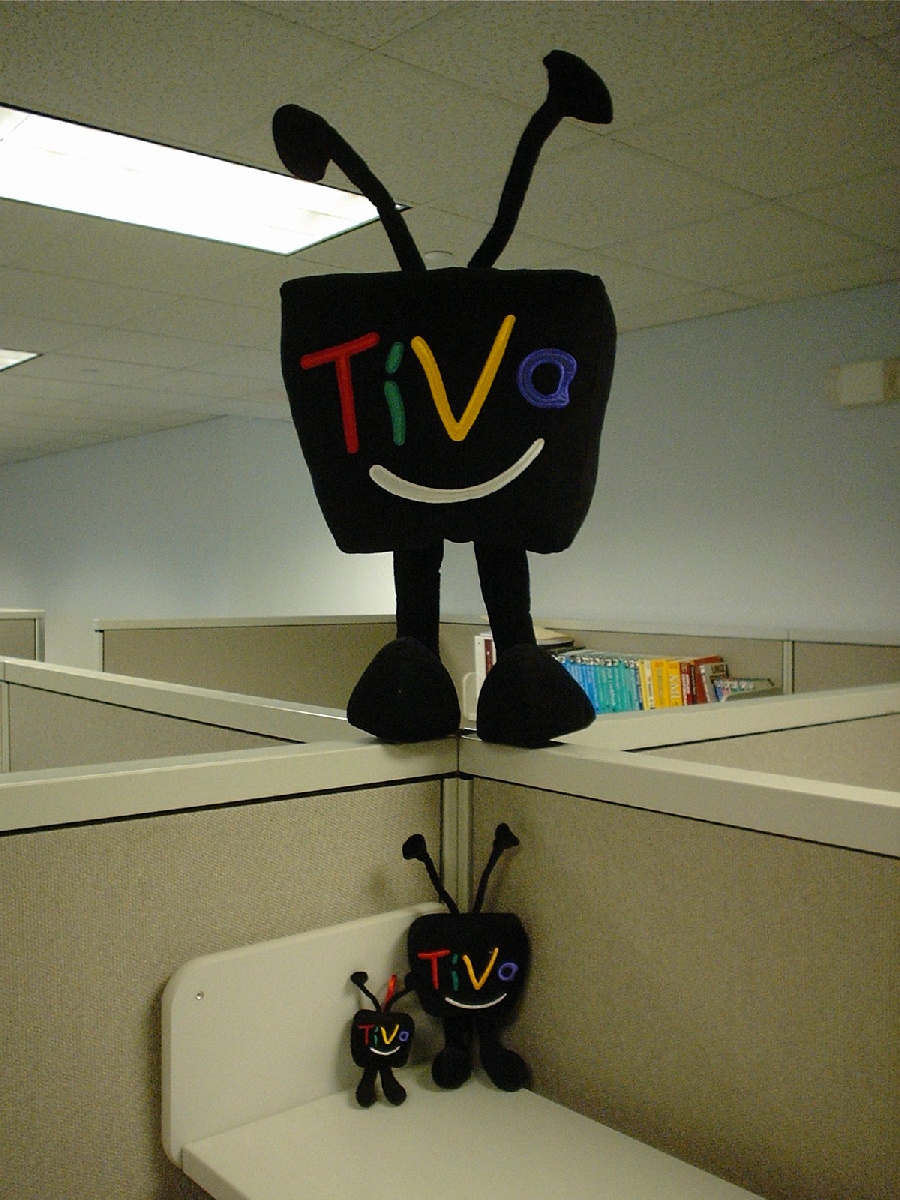