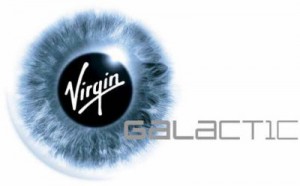 Virgin Galactic is best known for their work developing the commercial suborbital SpaceShipTwo, which is carried aloft for launch on the White Knight Two carrier aircraft. But suborbital tourist flights isn’t the only thing Virgin Galactic is up to, they’ve also been working on ‘special projects’. And at the Farnborough International Airshow last week they unveiled one of those projects – LauncherOne. Well, the big public unveiling anyway, the BBC reported on some of the project details nearly three years ago, so this has been in the development pipeline for a while.

LauncherOne is akin to a somewhat smaller Orbital Sciences Corporation’s Pegasus XL, or perhaps a much smaller version of the planned Stratolaunch Systems launcher, in that it is a winged, air-launched booster. LauncherOne is designed to be launched from the same White Knight Two carrier aircraft as SpaceShipTwo, and to carry up to 500 pounds to low earth orbit.

LauncherOne is also most likely Virgin Galactic’s entry into Darpa’s Airborne Launch Assist Space Access (Alasa) program, as reported in Aviation Week. Virgin Galactic is one of three companies awarded contracts to develop and air-launched system for placing sub-100-pound payloads into orbit for under $1 million, the other two companies being Boeing and Lockheed Martin. That alone is something of a coup, being a much smaller company. LauncherOne is a bit over-sized for Darpa’s sub-100-pound goal, with its stated capability of up to 500 pounds, but if they can hit the other project goals, including the price point, I hardly expect Darpa to complain about having too much capability. And it is possible that LauncherOne could be scaled by varying the fuel load, or having single- versus dual-stage variants, etc.

And while I’m posting about Virgin Galactic, they also recently published a couple of videos on their SpaceShipTwo program.


And this second one is basically a marketing pitch for Virgin Galactic – I’m sold, now I just need the money. Anyone want to give me a couple hundred grand for a ticket?