Virgin Media Standardizes on TiVo in Collections, Hawks Them With David Tennant 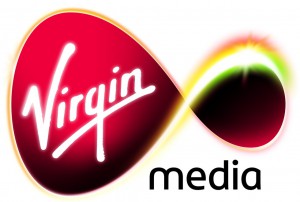 Building on the runaway success of their TiVo deployment in the UK, Virgin Media has revamped their service ‘bundles’ into three new ‘Collections’, all of which feature TiVo as standard. At this point if you sign up for service with Virgin Media it pretty much means you’ll be getting a TiVo.

Of course, there is fine print:

All prices are when taken with a Virgin Home Phone line at £13.90 per month, e-billing and with payment via Direct Debit. All Virgin Home Phone services include unlimited calls to UK voice landlines, 0870 numbers and Virgin Mobiles during inclusive talk periods. All Virgin Broadband services come complete with SuperHub dual-band wireless ‘n’ router and a free security suite featuring Parental Controls for the lifetime of a customer’s broadband subscription. All Virgin TV services come with access to Catch Up TV (featuring BBC iPlayer, ITV Net Player, 4OD, Demand Five and Sky Anytime on Virgin Media), Virgin TV on Demand, and basic HD at no extra cost (£7 fee payable for Sky Premiums in HD). Installation fee of £49.95 applies. Standard contract terms 12m for new or existing customers. 6m Half Price offer only available to new customers taking a Collection on an 18m contract. Subject to change.

To promote these new Collections Virgin Media is creating new ads featuring VM CEO, and Bond-villain-in-waiting, Richard Branson and star of stage and screen David Tennant. David is best known as the Tenth Doctor, the 10th regeneration of the titular character in the BBC’s Doctor Who. That actually caused a bit of a spat in the UK between the BBC and Virgin Media. See, the BBC has some strict rules about any of their properties, such as Doctor Who, being used in marketing from any outside vendors. And the first ad created for Virgin Media featuring David Tennant had a time travel joke and a direct reference to David’s star turn in Doctor Who. That video was posted, then yanked, re-posted in an edited form, and has now apparently been yanked from Virgin’s YouTube Channels again. However, the Internet being the Internet, there are numerous copies of the original version of the video posted by other users – such as this one:

Two additional ads have since been released:

There is also a behind the scenes ‘making of’ video:


There is a video embedding in the Virgin Media Collections page, but for some reason they’ve decided to region restrict it so it isn’t playing for me here in the US. I don’t get that, it is a promotional video for their own products, why lock it down? But, of course, it has been ripped and uploaded to YouTube multiple times: