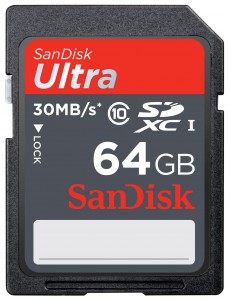 Remember, not all devices that use SD cards may support the later SDHC, or especially the SDXC, specifications. So before you buy a card to use in your device, make sure it will be supported.