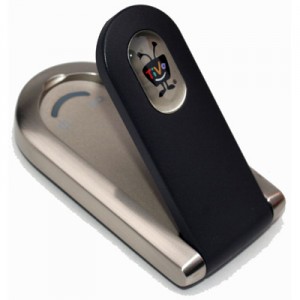 Perhaps unsurprisingly I’m a bit of a tech pack rat. I tend not to get rid of old gear once I stop using it, unless perhaps it died. Even then sometimes I have trouble letting go. But whenever I have something that’s still working, but I just don’t need it anymore, I tend to file it away ‘just in case’. Well, since my fiancee moved in a year ago I’ve been cleaning out a lot of the old stuff to de-clutter a bit. I donated or freecycled some of it, but I put some items aside thinking they might make for decent giveaway items when I finally relaunched the blog. And so here we are.

This first round has three giveaways. First up is a TiVo Wireless G USB Network Adapter. I used this for a long time but eventually I ran wired Ethernet and ‘retired’ this adapter. I kept it ‘just in case’ I needed it again. But I don’t see that happening so I figure I should give it away to someone who could use it. This is TiVo’s official 802.11g USB adapter for Series2 and later models.

So how do you win? Leave a comment on this post. You have one week. Comments made before 00:00 EST Monday 11/14 will count as entries. Please, one comment per person. I’ll contact the winner based on the email address used on the comment, so make sure you use a valid address.

MegaZone is the Editor of Gizmo Lovers and the chief contributor. He's been online since 1989 and active in several generations of 'social media' - mailing lists, USENet groups, web forums, and since 2003, blogging.    MegaZone has a presence on several social platforms: Google+ / Facebook / Twitter / LinkedIn / LiveJournal / Web.    You can also follow Gizmo Lovers on other sites: Blog / Google+ / Facebook / Twitter.
View all posts by MegaZone →
This entry was posted in DVR, TiVo and tagged giveaway, TiVo, wifi. Bookmark the permalink.
Performance Optimization WordPress Plugins by W3 EDGE