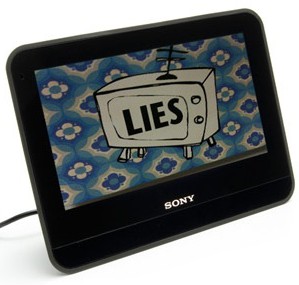 . What is the Dash? Basically it is a less cuddly Chumby. It runs the Chumby platform and has access to over 1,000 Chumby apps – Twitter, Facebook, Netflix, YouTube, Pandora, Slacker, Photobucket, news, weather, traffic, stock prices, etc., and a web browser, of course.

You can use it as a digital photo frame capable of so much more than the typical models. Or as a high-end alarm clock that you can roll over and check the morning news, weather, and traffic on. Or go to sleep while streaming Netflix. It has a 7″ 800×480 LCD touch screen display and 802.11b/g WiFi for connectivity. It is no iPad or Android tablet, but it also costs a fraction of what those do. It is inexpensive enough to leave as a dedicated Internet terminal around the house. Or give one to a less tech savvy relation for access to specific services made even simpler than a tablet, without a major investment.

MegaZone is the Editor of Gizmo Lovers and the chief contributor. He's been online since 1989 and active in several generations of 'social media' - mailing lists, USENet groups, web forums, and since 2003, blogging.    MegaZone has a presence on several social platforms: Google+ / Facebook / Twitter / LinkedIn / LiveJournal / Web.    You can also follow Gizmo Lovers on other sites: Blog / Google+ / Facebook / Twitter.
View all posts by MegaZone →
This entry was posted in Broadband, General Tech and tagged Chumby, Dash, Gifts, sale, Sony, Woot. Bookmark the permalink.
Performance Optimization WordPress Plugins by W3 EDGE