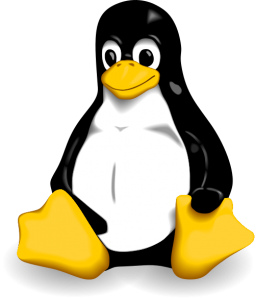 One of the most important software projects in history was introduced to the world with a simple USEnet post twenty years ago today by one Linus Benedict Torvalds on the newsgroup comp.os.minix:

Hello everybody out there using minix –

I’m doing a (free) operating system (just a hobby, won’t be big and
professional like gnu) for 386(486) AT clones. This has been brewing
since april, and is starting to get ready. I’d like any feedback on
things people like/dislike in minix, as my OS resembles it somewhat
(same physical layout of the file-system (due to practical reasons)
among other things).

I’ve currently ported bash(1.08) and gcc(1.40), and things seem to work.
This implies that I’ll get something practical within a few months, and
I’d like to know what features most people would want. Any suggestions
are welcome, but I won’t promise I’ll implement them

PS. Yes – it’s free of any minix code, and it has a multi-threaded fs.
It is NOT protable (uses 386 task switching etc), and it probably never
will support anything other than AT-harddisks, as that’s all I have

As you might have guessed from the name of the poster, or the image of Tux I’m using for this post, the project is what the world came to know as Linux.

But “One of the most important software projects in history”? I think that’s a fair statement. You may not be a ‘Linux geek’ – you don’t run a Linux desktop, maintain a Linux server, etc. (Yes, I’m sure some of you do.) But odds are you use Linux every day.

Android, of course, is based on the Linux kernel . So if you use an Android phone, Google TV, etc., you benefit from Linux. ChromeOS is also based on a Linux kernel.

Many home routers and WiFi access points use the Linux kernel. TiVo famously uses the Linux kernel in their products. Google’s servers run a custom version of Linux. The New York Stock Exchange runs on Linux – frankly countless corporations use Linux for core servers, trying to list them all would be pointless. The ‘LAMP’ platform is an industry standard – where LAMP is Linux, Apache, MySQL, and Perl/PHP/Python. (The P tends to vary.)

Linux powers cash registers and ATMs. It is used in set top boxes and automotive applications.

Linux is used in network gear that caries vast quantities of Internet traffic. My day job employer, F5 Networks, uses the Linux kernel on our boxes, which are used by pretty much all of the leading banks and financial institutions, major corporations, and web services that you probably use every day. Ever use Facebook? Or Microsoft’s Xbox network? Your traffic very likely passed through a box running the Linux kernel.

Beyond the direct effects of having a free and open source UNIX-like operating system available to jump start countless projects, and avoid reinventing the wheel and/or paying big fees to license a proprietary platform, Linux has had an even greater impact by popularizing open source. The success of Linux inspired countless open source projects. It helped people realize you can do open source and still be a successful business. Linux is free and open, but it is still a big money maker for countless vendors. The two aren’t exclusive. I feel that Linux did more to raise awareness of this than BSD or GNU which preceded it.

My first exposure to Linux came nearly twenty years ago, not long after it released. I was in college at the time and I remember downloading it in the campus computing center to try out. What has since been jokingly dubbed the ‘stack of floppies’ distro, since that’s how you got it. I vaguely remember it being eleven 3.5″ floppies, but time may have fuzzed that memory. Later moving on to my first ‘real’ distro, Slackware. Still later on, in my professional career, I was a Red Hat Certified Engineer (RHCE) for a while, having long since switched to Red Hat Linux as my primary choice. I also worked with SuSE, RHEL, CentOS, and a few others. (Sorry, I was never a big Debian fan for some reason.) Linux never really caught on in the desktop world, but it did well for itself everywhere else. And with mobile devices like smartphones and tablets setting the world on fire, and conventional PC sales slipping, Linux may win the long game yet.

And it all started with one man doing something as a hobby twenty years ago. On the one hand I feel like “Wow, has it really been twenty years already?” But even more so I feel “Wow, have things really come so far in only twenty years?”

That one simple post was the start of something unimaginably huge.

And thanks for the gift, Linus.