Is TiVo About To Launch Amazon VOD In HD?

Posted on Wednesday, December 3, 2008 by MegaZone 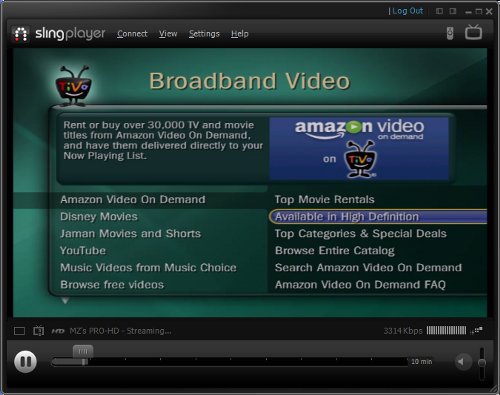 I just grabbed that screenshot off my TiVo Series3, note the new menu item “Available In High Definition”! It looks like someone jumped the gun, if you select that item it takes you to the same screen as “Top Categories & Special Deals”. But clearly this is in indication that HD downloads are coming, and probably soon. Most likely someone flipped the wrong bit and I’m seeing a menu item meant for testers.

We’ve been getting hints for a while now, back in May in an interview TiVo’s Jim Denney said we’d see Amazon HD content in the “not too distant future”. And all the way back in March, 2007 a lead engineer for the then Amazon Unbox said HD content was coming.

MegaZone is the Editor of Gizmo Lovers and the chief contributor. He's been online since 1989 and active in several generations of 'social media' - mailing lists, USENet groups, web forums, and since 2003, blogging.    MegaZone has a presence on several social platforms: Google+ / Facebook / Twitter / LinkedIn / LiveJournal / Web.    You can also follow Gizmo Lovers on other sites: Blog / Google+ / Facebook / Twitter.
View all posts by MegaZone →
This entry was posted in TiVo and tagged Amazon VOD, TiVo. Bookmark the permalink.
Performance Optimization WordPress Plugins by W3 EDGE